Jonathan’s mother died when he was very young and his father brought him up. Both of them shared a very special relationship. Jonathan loved to play football and his father made sure that he was always there to cheer his son at every match, even if Jonathan wasn’t a part of the playing team.

Jonathan being small sized, wasn’t allowed to play in the main team. Nevertheless, he continued with his practice with full determination. Everyone thought that Jonathan would never be able to make it into the team, though somehow, his determination carried him through. The coach seeing his diligence and dedication decided to keep him on the roster.

One day during practice, the coach met him with a telegram. Jonathan was shocked to read the message contained in it. Swallowing hard, he mumbled to the coach, “My father died this morning. Will it be all right if I miss practice today?” The coach gently put his arm around his shoulder and said, “Take the rest of the week off, son, and don’t even plan to come to the game on Saturday.” 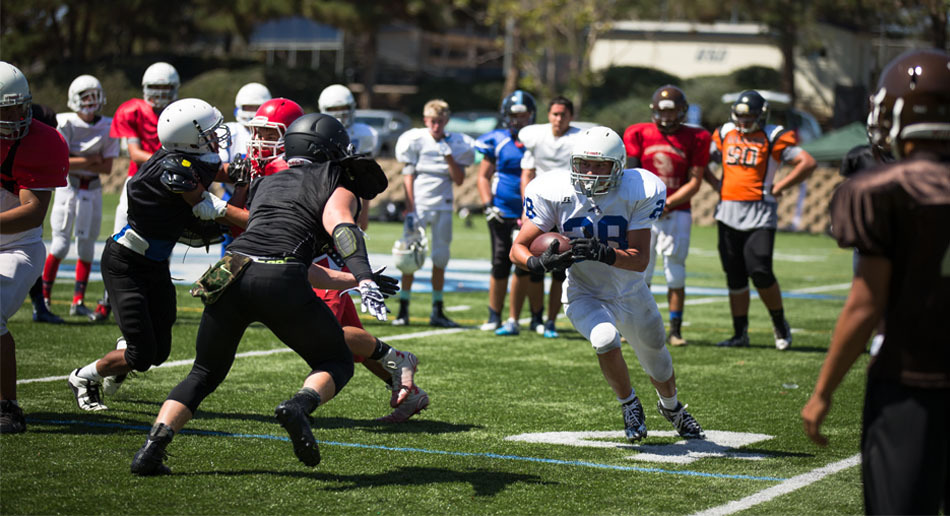 On the day of the game, Jonathan’s college team was losing badly to the rival team. The coach and the players had all lost hope when they saw Jonathan coming towards them. Jonathan ran up to the coach and pleaded him to allow him to play this match. At first, the coach wouldn’t allow him to play. However, after a lot of persuasion, the coach gave in. No sooner Jonathan joined the team in the field, their scores started to improve before both the teams were on a tie.

However, the real cheer came during the crucial closing seconds when he intercepted a pass and ran all the way for the winning touchdown. His team members were ecstatic. The crowd came running towards him to celebrate the win.

After the match, the coach went up to Jonathan, who was seated alone in the corner of the locker room and asked, “Kid, I can’t believe it. You were fantastic! Tell me what got into you? How did you do it?” He looked at the coach, with tears in his eyes, and said, “Well, you knew my dad died, but did you know that my dad was blind?” The young man swallowed hard and forced a smile, “Dad came to all my games, but today was the first time he could see me play, and I wanted to show him I could do it!”

How much did our Father’s help us believe?