As the tall, stately angel rose and walked toward the front of the chapel, there was a buzz among the cadets. Gabriel was a living legend. He cleared his throat.

I’ve been asked to speak to you today about what I’ve learned throughout my career. Foremost is this: we are servants of the Most High God. This lesson I learned not during my days here at the academy, but from a human being, a girl. 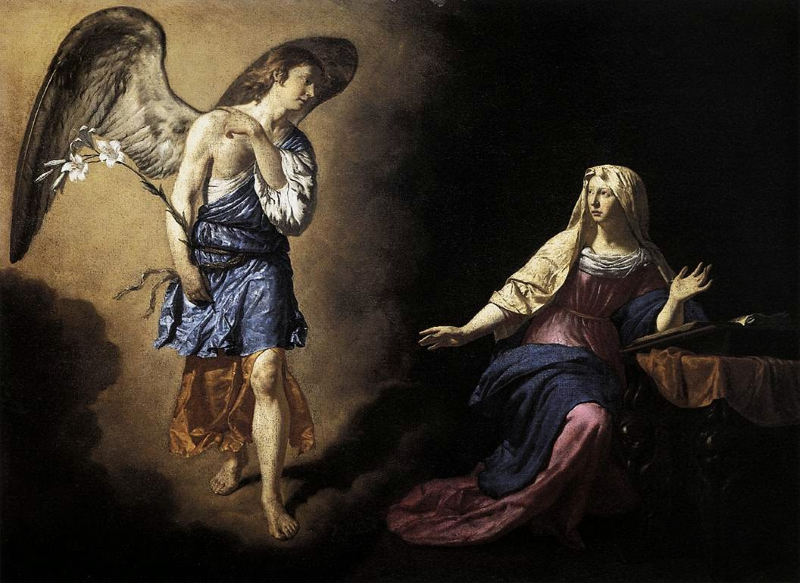 I had been summoned before God to be briefed on a new mission. He told me:

“Gabriel, you have a most delicate assignment. I am sending my Son to redeem the earth. To do this he must become a human himself. Your mission is to announce this plan to the young woman I have chosen to be his mother.

“Her name is Mary. She lives in the village of Nazareth in Galilee. She is betrothed to be married. That means that she is already considered a wife, though she is living at home until the final ceremonies a few months from now. And Gabriel … she is a virgin.”

He went on to describe my role and brief me on the various contingencies, concluding with these words. “Gabriel, by all means, be gentle.”

I arrived one spring morning as Mary was climbing the path from the well and came to where I was sitting on a large boulder.

She’s only a child, I thought when I first saw her — only twelve or thirteen. Betrothed at that age? But such were the customs of that place and I was assured that the Father knows what he is doing. As she approached, I stood, dressed as I always dress — long white robe, golden sash, and so forth.

“Hail, you who are highly favored! The Lord is with you!”

All the color drained from her face. I motioned for her to sit. She carefully removed the full water jug from her head, set it down, then eased herself onto the far end of the rock.

“Don’t be afraid, Mary,” I said. “You have found favor with God.” I waited a moment for her to calm down.

“You will conceive in your womb and bear a son. You are to name him Jesus.” She appeared stunned by these words, but I continued.

“Your son will become a great man. He will be called the Son of the Most High God. What’s more, the Lord God will give him the throne of David his ancestor. And he will reign as Messiah over Israel forever. Of his kingdom and reign there will be no end!”

I paused. The message shocked me; I couldn’t imagine the impact it must have had on her! She was quiet for a time. Then she asked in her young teenager voice:

“How will this happen, since I am not yet married?”

“The Holy Spirit will come to you,
The Power of the Most High will overshadow you,
Therefore your son to be born will be holy,
He will be called ‘Son of God.'”

Amazing! The Father was prepared to rest his entire Christ-enterprise on this young girl — her response, her whim, her decision. She was to be the mother of God’s own Son — so young. I continued to reassure her. 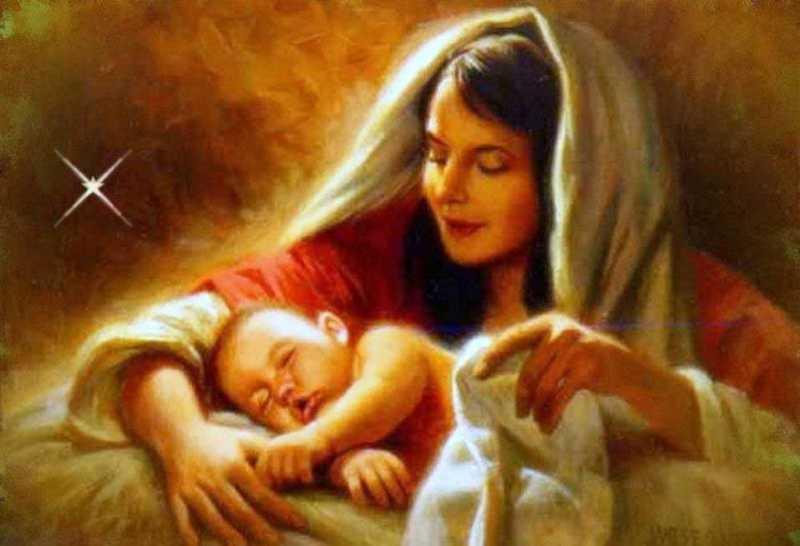 “And now, your relative Elizabeth in her old age has conceived a son.”

Mary murmured, “Old Elizabeth? Really? Oh!” I could see just a glimmer of a twinkle return to her eyes.

Mary was almost grinning for a moment. Then I saw her smile fade. I couldn’t read her thoughts, but could only imagine what she must be thinking.

How could she ever explain this to anyone? Who would understand? Who would ever believe her? Her father would be furious, her mother deeply hurt. And Joseph? There would be no wedding. Her dreams of marriage and family vanished in an instant. And the town fathers? Would they try to stone her?

I had been given one sentence by the Father with which to respond: “Nothing will be impossible with God,” I said. “Nothing!”

She was quiet a moment longer, lost in her thoughts. Then she looked up at me with clear eyes and said intently: “Here I am. I am the Lord’s servant, his handmaid. Let what you have said come to pass.”

She stood up. As she began to lift the heavy water jug to her shoulder and then hoist it up to her head, I reached to help, but she shook her head and lifted it up herself. As she made her way up the path to the village, her steps were assured, almost a spring to them. At the top of the hill she steadied the jar with one hand and waved to me with the other. Then she was lost from view.

And that is how I met Mary. She taught me what it means to be a servant when it’s hard to obey, when there seems to be no hope except God’s promise. Mary took the words, “For nothing will be impossible with God,” and believed them. Whenever I struggle with obedience, I think of this young girl who began a servant’s journey with the words:

“I am the servant, the handmaid of the Lord. Let it be! Let it come! I am His servant.”

The tall angel touched the corner of his eye for a moment, then stepped down and took his seat. Gabriel had learned servanthood from an even greater servant than himself — a young virgin from Nazareth named Mary.